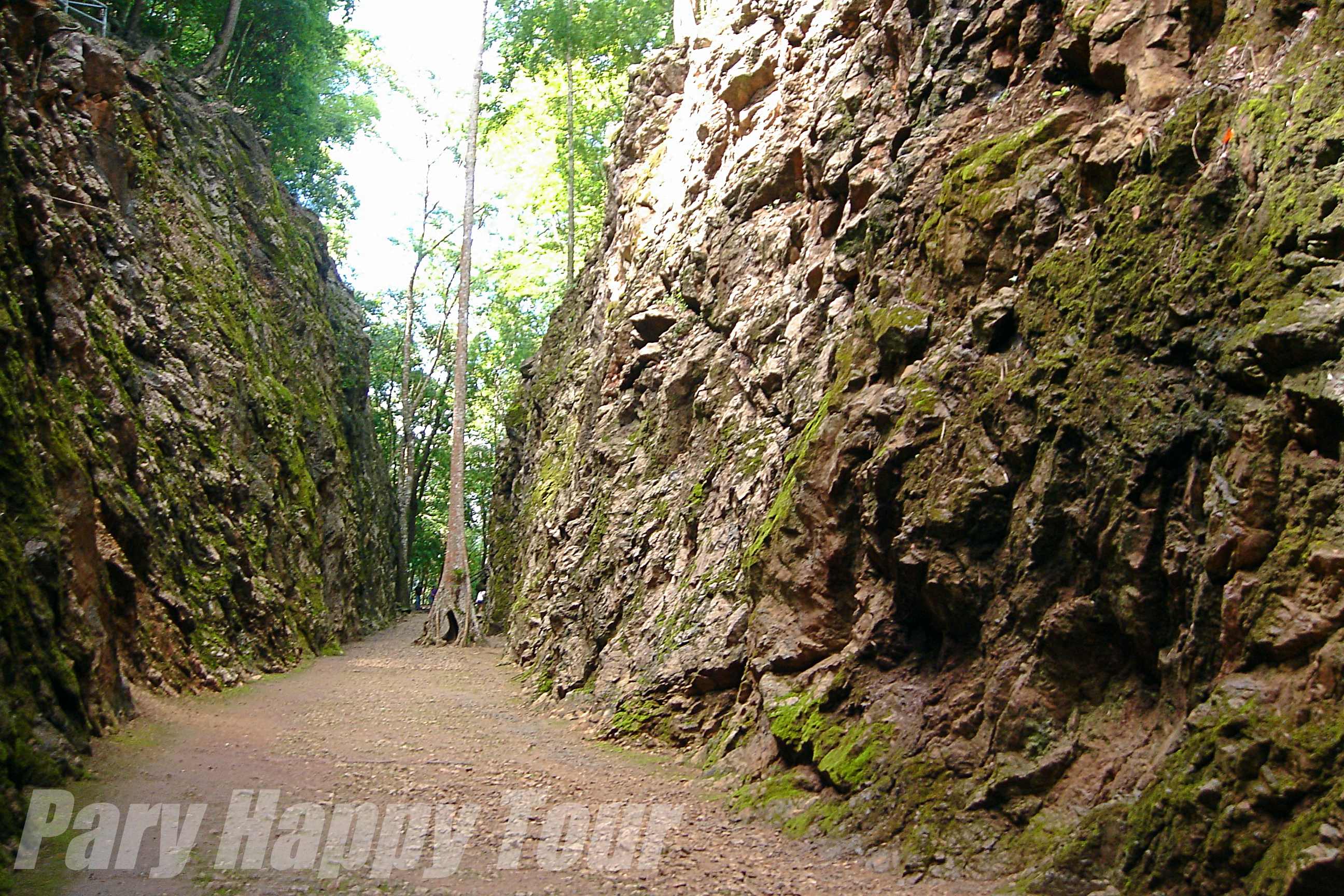 The Hell Fire Pass      is located 80 km northwest of the Bridge Over The River Kwai.  It is known as one of the most difficult parts to build because the POWs had to cut through a mountain with simple tools to make way for the track. They works 18 hrs a day in 40 degrees Celsius in summer and soaked during the monsoon season.  Many POWs died from cholera, malaria, starvation and were beaten by Japanese guards.The Hell Fire Pass became an official memorial in 1987 and the museum was opened in 1996 sponsored by the Australian Government.  It is 110 meters high and 17 meters deep.