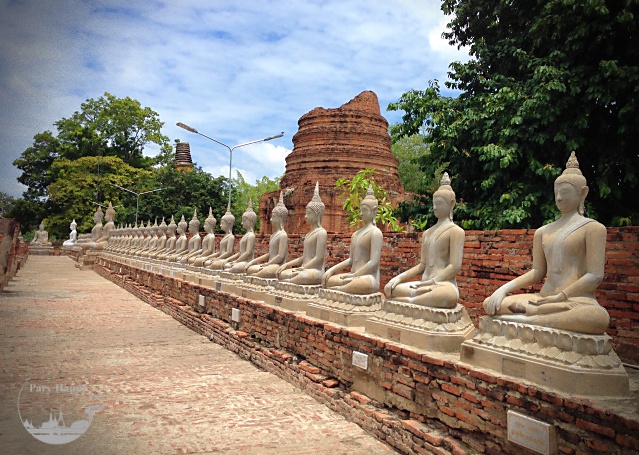 Go back in time and visit the 2nd capital of the Thai Kingdom!

Highlights: (Click on these places below for the photo gallery)

Ayutthaya was a second capital of Thailand for 417 years with 33 kings.  It was founded by King Uthong in 1350 but the city was completely destroyed by the Burmese in 1767. In 1969 the Fine Arts Department began renovations of the ruins.  It was declared as an UNESCO World Heritage Site in 1991.  Today Ayutthaya is one of the most famous one day trip from Bangkok.

Wat Phanan Choeng was built in 1424, 26 years before Ayutthaya was founded.  The highlight of the temple is a 19 meters high sitting Buddha image.

Wat Yai Chaimongkok was built in 1357 for monks who returned from Sri Lanka.  The stupa was built in occation of the victory over Burma in 1592 by king Naresuan the Great.

Wat Mahathat was built in 1370 as the temple in the center of the city.  The main stupa was 50 meters high and contained relic of the Buddha.

It collapsed in 1911 and the Fine Art department excavated around the main prang (stupa) and they found a container with 7 layers.  The most inner contained relic of the Buddha.  The highlight of the temple is a dismembered Buddha head firmly grasped in the tree trunk of the banyan trees.

Wat Ratchaburana was built in 1424 by King Boromarja II, to commemorate his two brothers who died on elephantback fighting for the throne.  It became known to the public when thieves broke into the secret chamber that contained nation treasures.

Wat Chai Watthanaram was built in 1630 by King Prasat Thong on the site of his mother’s house.  The main stupa is 35 meters high and has a Cambodian influence.  It is the most intact and beautiful ruin temple in Ayutthaya. 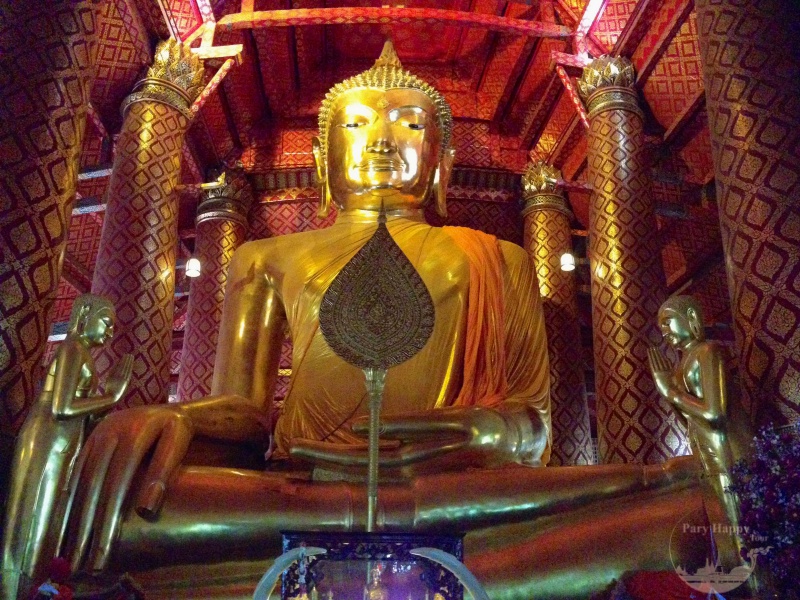 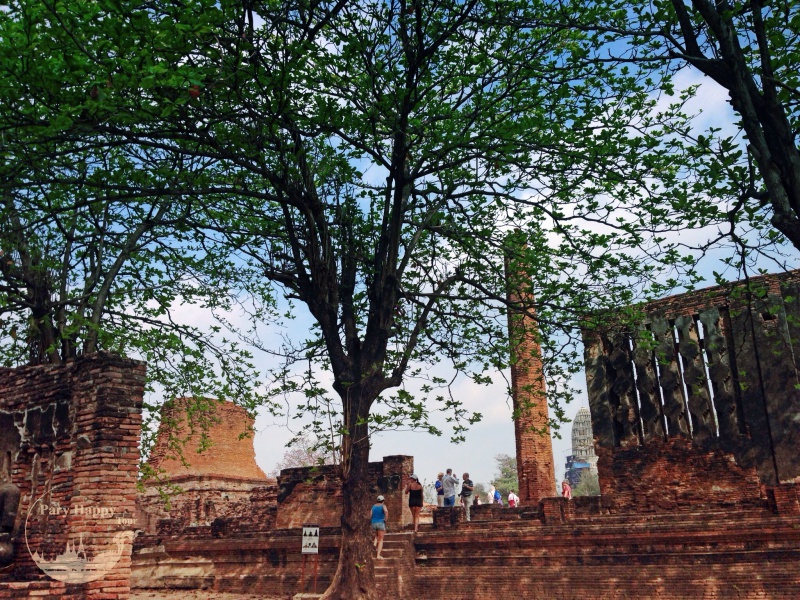 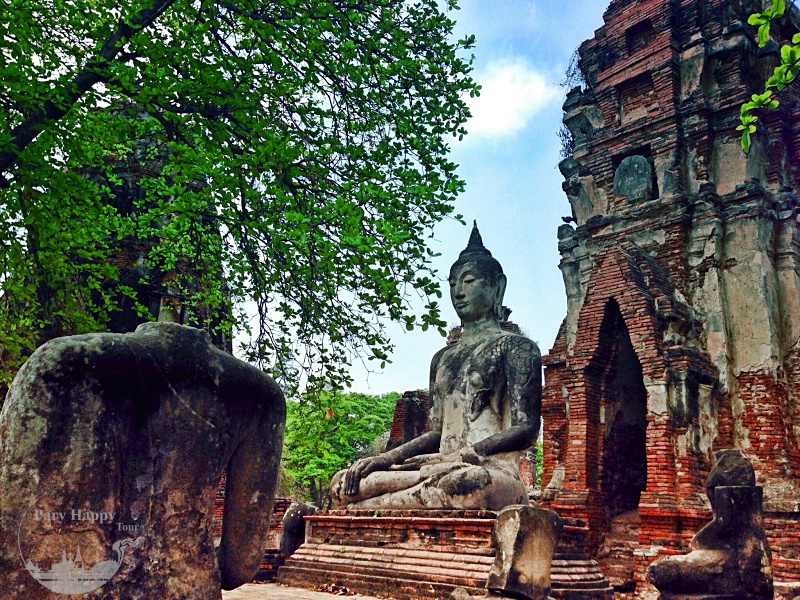 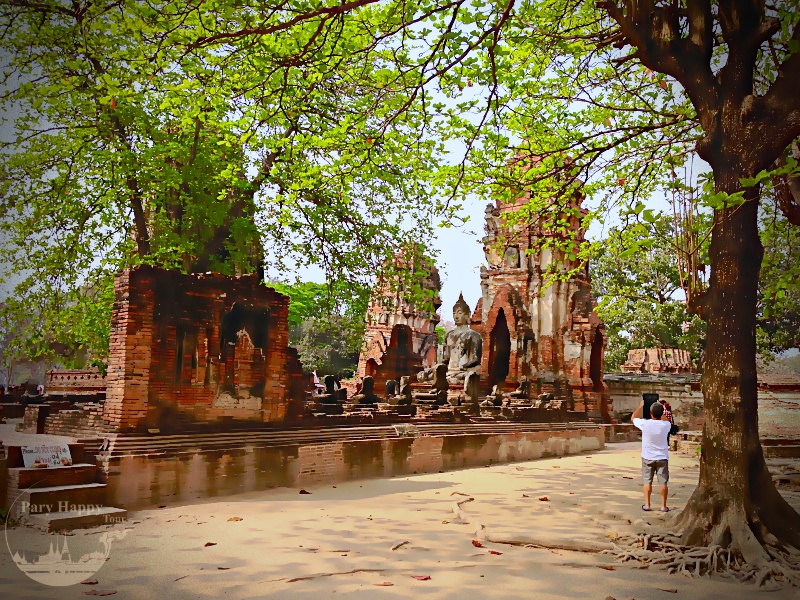 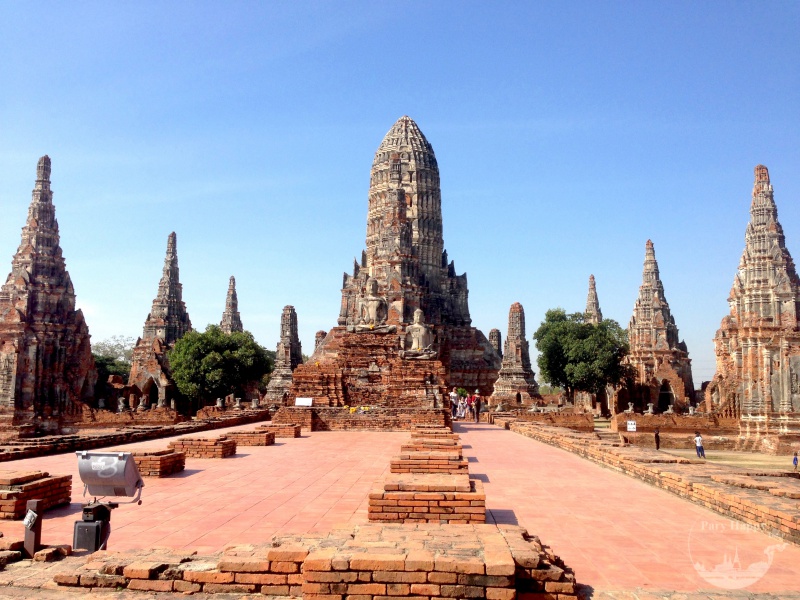 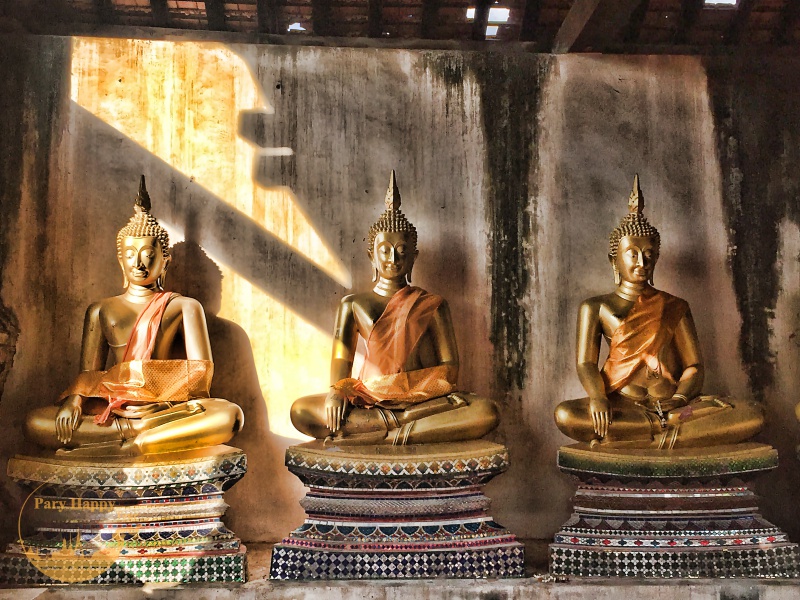 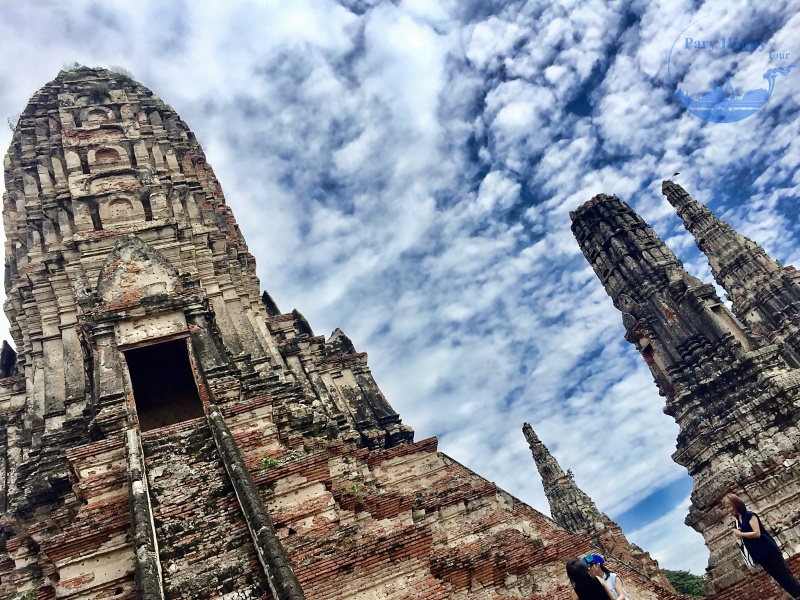 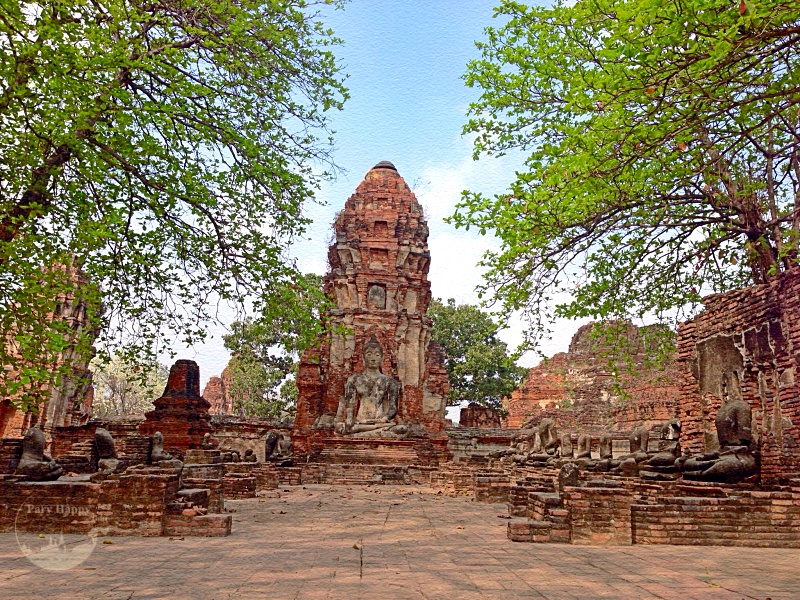 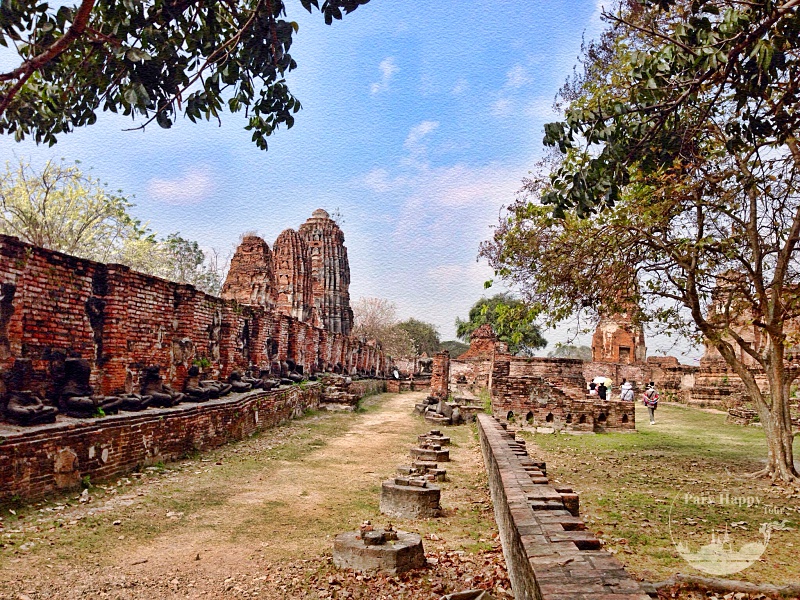